Trouble is in Cobra City! Gangsters roam the streets, and gang bosses seem to have taken the power in the city. Who is responsible for the situation? It is up to the private investigator JR Knight and his lovely companion Faythe to find out what is going on.

Cobra Mission is based on an earlier release of the same name, but was developed from scratch and has many important differences that make it an independent title rather than a port. Many locations and characters were completely re-designed, and story events added or altered. There are also more different enemy types and many more items to find in this version.

Unlike the earlier version, the battles are not turn-based. The player must click on the picture of the enemy in real time to inflict damage. The mouse cursor is always slightly moving during battles, which makes aiming more difficult. Many enemies have weak and strong areas, and it is necessary to aim precisely in order to have success. 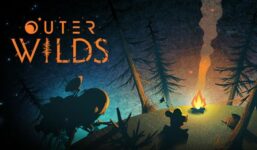