Mount&Blade is an open-ended, nonlinear game focused on realistic medieval warfare that combines RPG elements with strategy management, exploration of the game world, and full real-time combat. It solely offers single player and the player only directly controls a single character, co-operating or fighting against AI-controlled non-player characters (NPCs). There are no fantasy elements such as fictional creatures or magic.

The game offers only a skeletal structure in terms of plot and then leaves it to the player to freely explore the environment and participate in the events. There are no cut-scenes nor scripted sequences that nudge the player towards a certain direction, however an ultimate goal to conquer the land is supported. From a large 3D overhead map, the player is free to visit any part of the game world in semi-turn-based fashion. This includes visiting towns, castles, and villages; encountering and conversing with NPCs, such as wandering farmers, warlords, and caravans; and also combat related activities such as raiding villages, attacking bandits and other lords, or participating in town and castle sieges.

The player may also wander through villages, castles, and towns to talk to the inhabitants about current events, attain quests from guild masters and lords, trade, buy or sell new items, or recruit new troops. It is possible to start a conversation with almost any character in the game, and their reactions may vary, if significant enough, based on reputation, status, allegiances, and the player’s personal relation with the NPC in mention.

Because of the open gameplay however, it is also possible to approach it as a strategical and political game, avoiding combat altogether. At the start of the game the player needs to construct a history for the protagonist based on a number of choices, choose a faction and determine the look. While playing experience is earned to improve characteristics such as basic attributes (strength, agility, intelligence or charisma), a large amount of basic skills (both personal and relating to the party) and certain proficiencies. These can be individually determined for each of the party members. There are also unusual skills such as tracking, spotting, prisoner management and surgery. Furthermore the skill tree is multi-tiered, where higher skills effect lower ones, rule them out based on certain choices, or enhance them.

A minor economy role is present within the game, allowing the player to conduct peaceful trading between towns. Villages and towns all provide commodities which may be bought and sold. Prices vary, some towns and their corresponding villages may provide lower prices than others while accepting other goods at higher prices. Wandering caravans offer information to where to buy and sell goods, as well as the character’s merchant skill, though prices may change randomly for a time, the economy is refreshed each day with new prices, and may also be affected with political situations (e.g. town under siege or change of ownership).

Combat occurs when the player encounters a hostile party on the overland map, event, or actively engages in a hostile attack against another party. The player and her/his units then participate a real time 3D battle scene, with the player able to act normally as a 3D action game, whilst providing commands to units under her/his control (when applicable). This includes the ability to engage with various melee weapons, including edged, blunt, and polearms; ranged weapons such as bows and crossbows, and the main feature of the game, to engage in mounted combat, allowing the player and units to inflict crouched damage when equipped with certain polearms (e.g. lances).

Battles in the game exist in three formats, the first usually quest-related where only the player and a select number of units may participate; the second is the normal battle where the player and all units may participate; and the third is a siege attempt of a castle or town, which may feature siege buildings or ladders to climb the walls. Technically, up to a maximum of 150 units may engage on the battlefield with a limited wave of reinforcements.

These sequences are always generated as instances, locked in a section of the main game environment. The player needs to use the terrain and his AI forces (indirectly) to strategically engage the enemy, also often by mounting a horse and using the advantages in speed, height and the environment in a realistic manner. There are many weapons to wield, including lances, double-handed axes, swords and more. Attacking does not consist of point-and-click, but demands much input from the player. Both offensive and defensive moves are entirely directional and are executed based on timing, leading to realistic fights. Attacks do not only take places in the open, but small villages can be looted or burned (angering farmers) or a castle can be taken on in a full siege. While fighting, the attack and defence parameters are shown in RPG fashion and are calculated based on the setting, characteristics and the different levels and skills.

The aftermath of a battle includes random loot, captured prisoners knocked unconscious during battle (which may be sold as slaves or sometimes recruited), and capturing lords, who may be ransomed for money if requested by his faction. 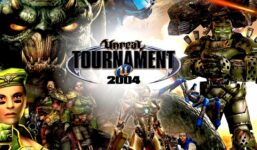 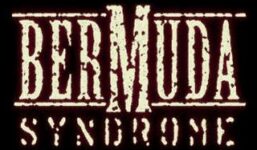 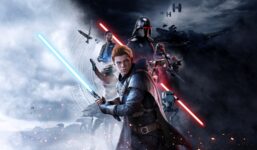 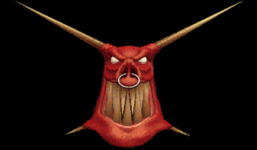