The setting is World War II, and England has made and trained a small group of special elite forces called ‘commandos’. These commandos are specially trained to take on the most crucial and risky missions. These men are sent in to covertly take out installations, sabotage plans, assassinate leaders, and cause as much disruption to the enemies of the free world.

Commandos: Behind Enemy Lines is essentially a puzzle game at heart. It is your job to lead a team of six men throughout 20 missions across the entire WWII theater. You will deal with missions in the North African Desert, Italy, France, and even in Norway. Strategy is a key element because you are vastly outnumbered in most missions. Stealth is emphasized, because if the alarm is sounded, the mission gets much harder. The amount of guards will double and sometimes they will bring in reinforcements for every enemy you kill. Guns are rarely used, and stealth kills are preferred over noisy messes

Every mission you are given specific (and usually multiple) missions to disrupt enemy activity. These may range from destroying trains, battleships, and structures, to rescuing captured GI’s. At your disposal are six highly trained operatives. You have command of Tiny, the heavy-duty trained killer, Duke, the silent sniper, Inferno, the demolitions and mechanical expert, Spooky, the spy, Fins, the navy diver, and Tread, the surly driver. Every mission you are given only the soldiers you need. Some missions may require all six of them to be present, some missions you can pull off with only two.

Each man is essential to each mission, and if one dies, the mission must be loaded to an earlier point. Each performs a specific duty that is required to make the plan go off without a hitch. For example, the driver is necessary in order to drive the escape truck in most missions. The diver might be needed as a specific travel method to reach an island. The demolitions expert might be needed to cut a hole through a fence. Only through teamwork and careful planning can the missions be beaten.

At your disposal are also some tools that will help provide info and tips on your mission. The eye tool will allow you to see the field of vision for the enemy you click on. Every mission also comes with a full animated map with the positions of enemies on it. As well, you can split the screen up to eight times, and use the camera tool to follow the path of specific soldiers in every screen.

Commandos is an open game, and there is no linear progression in the game. There are no scripted events, and all soldiers act according to their AI. There is no true way to beating each mission, though some paths might be more difficult than others. Only by utilizing all of your soldier’s abilities and your available resources will you be able to complete each mission and have everyone return home alive. 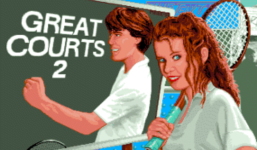 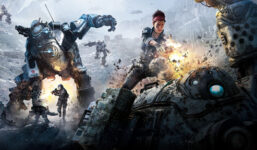