The small country town Skara Brae was enjoying a peaceful life, until an evil wizard known as Mangar the Dark appeared. Monsters have invaded the town, terrorizing its inhabitants. Mangar cast the spell of Eternal Winter on the surroundings, isolating Skara Brae from any possible help. Guards that were entrusted with the task of protecting the town have disappeared within one night. Only a party of brave adventurers can save Skara Brae and defeat Mangar.

The Bard’s Tale is a fantasy role-playing game similar to Wizardry games, with first-person exploration of pseudo-3D maze-like environments, and turn-based combat against randomly appearing enemies. Unlike early Wizardry installments, the town can be explored physically, and parts of the overworld are accessible as well. Several dungeons must be explored before the player can tackle the final quest.

Six character classes are available when the player is prompted to create a party of six adventurers in the beginning of the game: Bard, Hunter, Monk, Paladin, Rogue, Warrior, Magician, and Conjurer. The last two can be promoted when specific conditions are met during gameplay. The bard class plays a special role, possessing magical songs that improves the party’s performance in combat and are required to solve some of the game’s puzzles. 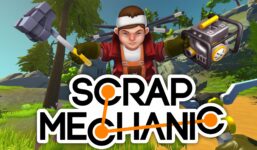